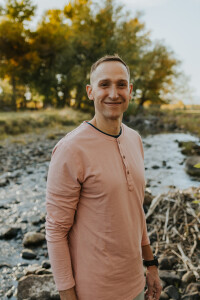 Dan Barraclough grew up in the Black Hills of South Dakota where he developed a passion for sports, exercise and the outdoors. Sports would lead him to Dickinson State University in North Dakota, where he received an athletic scholarship to play basketball. During his time at Dickinson State University he completed his Bachelors of Biology with minors in Chemistry and Coaching, as well as, meeting his eventually wife Shayla, a native of Helena. Dan’s initial desire to become a physical therapist began after several injuries during adolescents that would require physical therapy treatment. This desire would become a reality after completing his Doctorate of Physical Therapy in 2010 at the University of Montana and becoming a Certified Strength and Conditioning Specialist during his studies. Since becoming a physical therapist, he has completed multiple continuing education courses including spinal manipulation, blood flow restriction training using a Delfi system and Level 1 & 2 functional dry needling through Kinetacore. As a former athlete himself, Dan enjoys working with athletes but also has a passion for treating a variety of conditions including post-operative orthopedic care, injuries of the shoulders, hips, knees, cervical and lumbar spine. He, Shayla and their two beautiful daughters relocated back to Montana in July of 2020 from Colorado Springs, CO after being away for 8 years. Missing the beauty of Montana but more importantly wanting to be closer to family, helped make their decision to move home. Dan spends most of his downtime playing with his two daughters, hiking, hunting, fishing and enjoying an occasional good beer.